The Federal Government is targeting to raise more revenue from the exports of cashew products to cushion the negative impact of the drop in crude oil production on the economy. 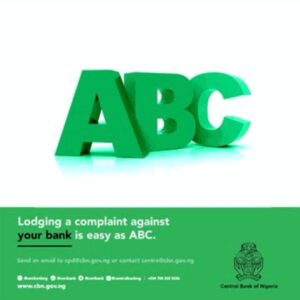 The Minister of Industry, Trade and Investment, Niyi Adebayo, revealed this during a media briefing in Abuja ahead the 16th edition of the annual conference of the African Cashew Alliance.

This is the first time the event is holding in Nigeria since the establishment of the Alliance in 2006, about 16 years ago.

The event which is alternated among member countries is held annually to avail cashew-producing countries the opportunity to share experiences and attract investment to the sub-sector.

Represented by the Permanent Secretary in the Ministry, Evelyn Ngige, the Minister explained that Nigeria is not harnessing the potentials of the cashew sector in terms of export earnings.

Nigeria currently earns about $450m annually from exports of cashew.

On the global stage, cashew nut production is projected to be about 730,000 metric tonnes and the demand is estimated to be 4.5 million metric tonnes.

The Minister said, “There is a myriad of investment opportunities in the cashew sub sector which could generate immense wealth and employment for the citizenry.

“Investment in the sector cuts across the cashew value chain from cultivation. harvesting, processing, storage, and marketing to exporting of either the raw cashew nuts or partially processed products.

“New investments are being planned for the development of 6 new plants, with an estimated capacity of 23.910 metric tonnes. This effort is expected to provide over a million direct and indirect employments for the teeming youths.

Adebayo recalled that since the inception of this administration, government has continued to pursue deliberate policies to diversify the economy away from its over-dependence on the oil and gas sector.

He said it is in this regard that Nigeria like other cashew member countries has sustained its commitment to the provision of enabling environment and incentives for the development of the cashew value chain.

These efforts, he added, have enhanced activities in the subsector, resulting in an increase in the commodity’s production in the country.

Adebayo said the Nigerian Government will continue to provide the needed policy direction and support for the growth and development of the cashew sector both in Nigeria and on the African continent.

He stated that the acceptance of the hosting right for the 16th ACA Annual Conference is a pointer to the sustained commitment of Nigeria towards the sound development of the sector for wealth creation and employment generation in the country. God can do it again!